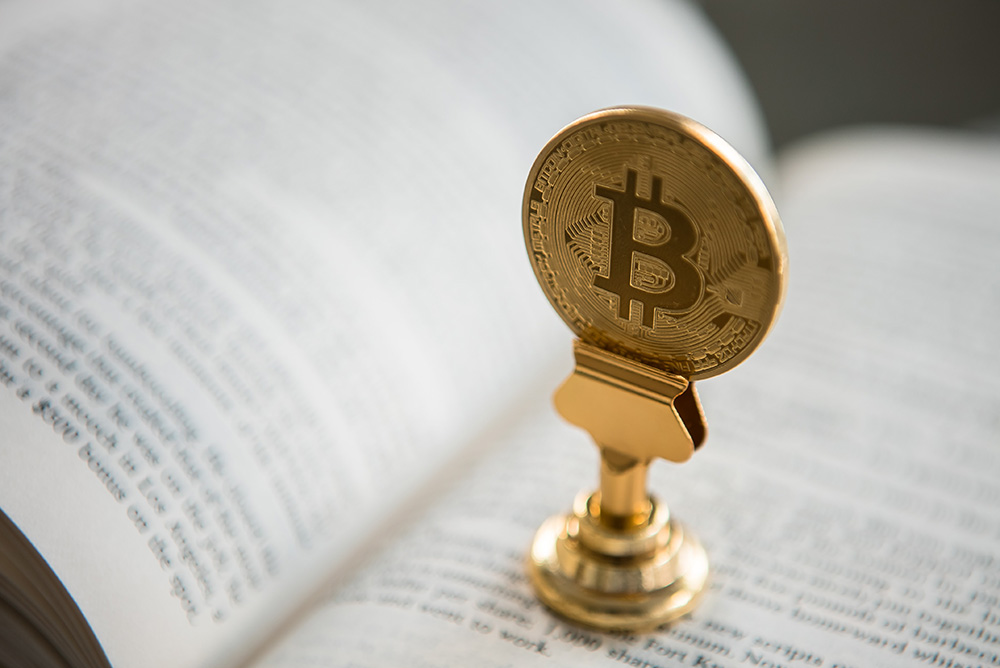 Cryptocurrency may represent a different world altogether compared to traditional stocks and bonds. Between unfamiliar acronyms, emerging technologies, and keeping up with memes and tweets, just learning the basics takes time, even for experienced traditional investors. As with any investment, it’s important to understand as much as possible before one can even consider investing. That’s especially true when it comes to a speculative — and still evolving — asset like cryptocurrencies.

The world of cryptocurrencies is a vast and complex one so newcomers can feel intimidated by its argot-filled conversations, but if one learns the key concepts that constitute the pillars of this technology it’ll be easier to understand the basics and know if you are ready to invest. Here are some of the terms and phrases that will help beginners better understand the world of cryptocurrency investing.

Short for Alternative Coin; any digital coin/token that is not Bitcoin.

A market in which prices fall and negative sentiment could lead to a drop-off in demand while buyers wait for lower prices.

Created in 2009 by the pseudonymous Satoshi Nakamoto. Bitcoin is the first cryptocurrency to implement a Proof of Work blockchain consensus. Often called “digital gold,” this crypto is especially popular with institutional and individual investors alike. This is due to its scarcity and increasing use worldwide.

Blockchain is a decentralized technology spread across many computers that manage and record transactions. An immutable digital ledger containing cryptographically linked (mathematically provable) data structures containing all sorts of information. Each block contains the reference (known as a hash) to the previous block. This process forms a chain of blocks by working backwards from the most recent block to the oldest, thus giving rise to an ordering sequence (time).

A market in which prices are rising, and investors expect even better returns.
Cryptocurrency
An encrypted data string that represents a unit of currency exchanged through a computer network and that is not reliant on any central authority, such as a government or bank, to uphold or maintain it. Cryptocurrency is digital money that is heavily influenced by mathematical models, and further secured using encryption techniques.

A decentralized organization that operates via the autonomous (self-governing) execution of smart contracts. A DAO’s financial transaction record and program rules are maintained on a blockchain.

A new sector rendering financial services in a decentralized manner via a blockchain network. With the emergence of DeFi, we’re experiencing a shift from centralized financial systems to open-sourced, interoperable, decentralized services.

An advancement in record-keeping in which transactions, authentications and interactions are recorded across and verified by a network rather than a singular central authority and are verified by nodes. Although the term blockchain is used more frequently than (but often synonymously with) DLT, blockchains are but one type of distributed consensus structure. Distributed ledgers may be (1) permissioned, (2) permission-less, (3) centralized, or (4) decentralized.

A process of encoding information in a way that cannot be easily deciphered without the aid of a decryption method (e.g. key, algorithm).

The native coin used by the Ethereum ecosystem.

A platform that allows for the trading of cryptocurrencies. Centralized exchanges (CEX) are operated by a central authority, while Decentralized exchanges (DEX) do not have a central authority. To get on a CEX, an asset needs to satisfy security protocols, have trading activity, and comply with legal standards. On a DEX, you can list anything. This means more risk, but it also means you might trade in new, high-demand assets.

A Government-issued, paperback currency that is backed by faith in a country’s government. Most modern paper currencies, such as the U.S. dollar, are fiat currencies.

Satoshi Nakamoto created Bitcoin with a finite supply of 21 million Bitcoin – making it a scarce commodity. Roughly every 4 years (210,000 blocks * 10 minute average creation time = 4 years), Bitcoin undergoes a process called the halving where the reward rate for mining a block is reduced by half (50%).

The verification process in which blocks are added to a blockchain. The transaction (block) data is added to the public ledger, and each 1 MB group of transactions is called a block. Blocks build on one another to form the blockchain network.

A unique cryptographic token with an inherent quality which cannot be exchanged for another token. NFT data units are often used with digital files such as photos, images, videos, and audio.

The interaction between two parties without the reliance on an intermediary.

The pseudonymous individual (or group) who assisted in the creation of the Bitcoin core protocol. And a satoshi is the smallest denomination of a bitcoin, worth one hundred millionths of a Bitcoin.

A token is a virtual currency or how cryptocurrencies are denominated. Tokens represent fungible and tradable assets or utilities that are built on their own blockchains.

An appointed storage device for cryptocurrencies that offers public keys for sending and receiving supported funds. A cryptocurrency wallet doesn’t contain actual currency, like the trusty leather bifold in your back pocket. A crypto wallet holds the transaction records of your buys and sells. It can be a hard wallet (an actual device like a USB stick); or a soft wallet which can be stored on your desktop computer, on your mobile device, or online in the cloud. A paper wallet is simply a printout of your public and private keys.

What is Big Data?