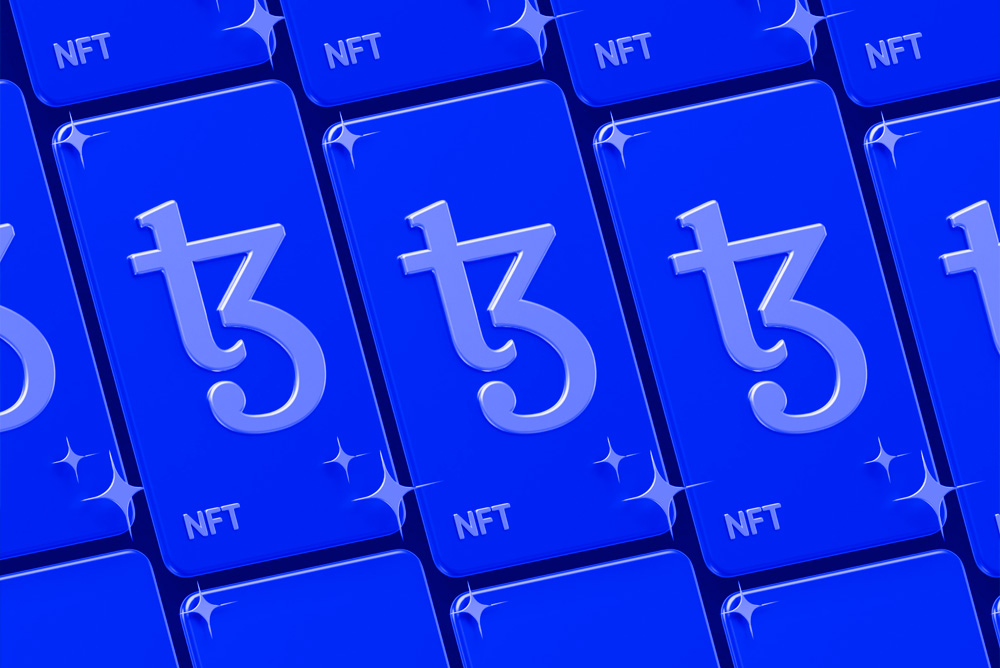 An NFT (Non-fungible token) is a digital asset that represents real-world objects like art, music, in-game items and videos. They are bought and sold online, frequently with cryptocurrency, and they are generally encoded with the same underlying software as many cryptos.

Although they’ve been around since 2014, NFTs are gaining notoriety now because they are becoming an increasingly popular way to buy and sell digital artwork, and are receiving a lot of public hype due to their popularity with celebrities. NFTs are also generally one of a kind, or at least one of a very limited run, and have unique identifying codes.

Essentially, NFTs create digital scarcity, which stands in stark contrast to most digital creations, which are almost always infinite in supply. Hypothetically, cutting off the supply should raise the value of a given asset, assuming it’s in demand. However many NFTs, at least in these early days, have been digital versions of something that already exists in some form somewhere else, like iconic video clips from NBA games or secure versions of digital art that are already floating around on Instagram.

So, in layman’s terms: How do NFTs work? And why does everyone seem to be buying or selling them?

We, at Digital Partners Network, are going to explain the current NFT craze in the simplest way possible. We want to explain the basic concept using relatable real-world scenarios so you can wrap your head around something which can honestly be quite confusing.

We’ll try to explain everything from the inception of the NFT idea, to why the art connected to them is so specific, and why they have become valuable. For now, let’s begin with some numbers: There are around 2.7 million NFTs in existence and that number is increasing daily. The NFT boom is definitely here but with only 360.000 people actually owning any, it seems to be a very exclusive club.

Let’s understand NFTs once and for all

Imagine someone wants to sell you “nothing”. That would be great for them because they would be getting money and you’d be getting… well, nothing.

The main reason why collectors buy something is because of an item’s rarity or scarcity. Now, in a digital world, scarcity is a strange concept because everything digital is just ones and zeros. Anyone can recreate data as much as needed, but what if someone created artificial digital scarcity data, which could not be recreated, or reproduced?

To understand this, you have to imagine a person that creates a database with a limited number of spaces in it. Each space is identified with a unique number. It can help you to visualize this as a long queue of people. A line with places for people to stand in a queue that doesn’t go anywhere, and there’s no inherent value to be standing in one spot over any other spot, but it’s there and someone is selling people a position in this queue.

Let’s say there are 9999 places in the queue and you buy the right to stand in a specific place for 1USD. It’s important to understand you didn’t purchase the entire queue or the experience at the end of it (because there is none) what you bought is just the right to stand there and to say this is your position in line. The seller might have even given you a bit of paper which reads “you are the owner, and only the bearer of this paper can stand in this cue position”. This paper, which states your position, is a token and it cannot be recreated. It is, in economical terms, non-fungible. To be fungible means to be replaced by another identical item and because you cannot have another queue position with the same number it cannot be replaced. When you buy a position in the queue absolutely nobody else can buy that position.

To make sure no duplicates can happen everything is registered in the blockchain. The blockchain checks every single sale of any queue position ever sold and lists them on the public blockchain so there’s no doubt about who currently has that position. And if you want to sell your queue position to someone else, that’s fine, you can do so and that sale will also be recorded on the blockchain.

Why would anyone want to buy a position in a queue if it doesn’t go anywhere? And there’s no value to any of the places over any of the others in the queue.

Well, human beings are visual creatures, we like art and while every position in the queue does have a numerical value, numbers don’t have the appeal or the shareability of pictures, so next to every position in this queue the seller decides to put up a poster.

What you own is the right to say you are the only person able to stand in a specific queue position next to a specific poster with a specific image.

You cannot prevent other people from looking at your poster because you don’t own it, you own the right to stand next to it. Now people are a bit more interested because people want to say “this is my picture”. Remember it’s not, it’s your space on the database and this picture is just connected to it.

Why do most art NFTs look the way they look? 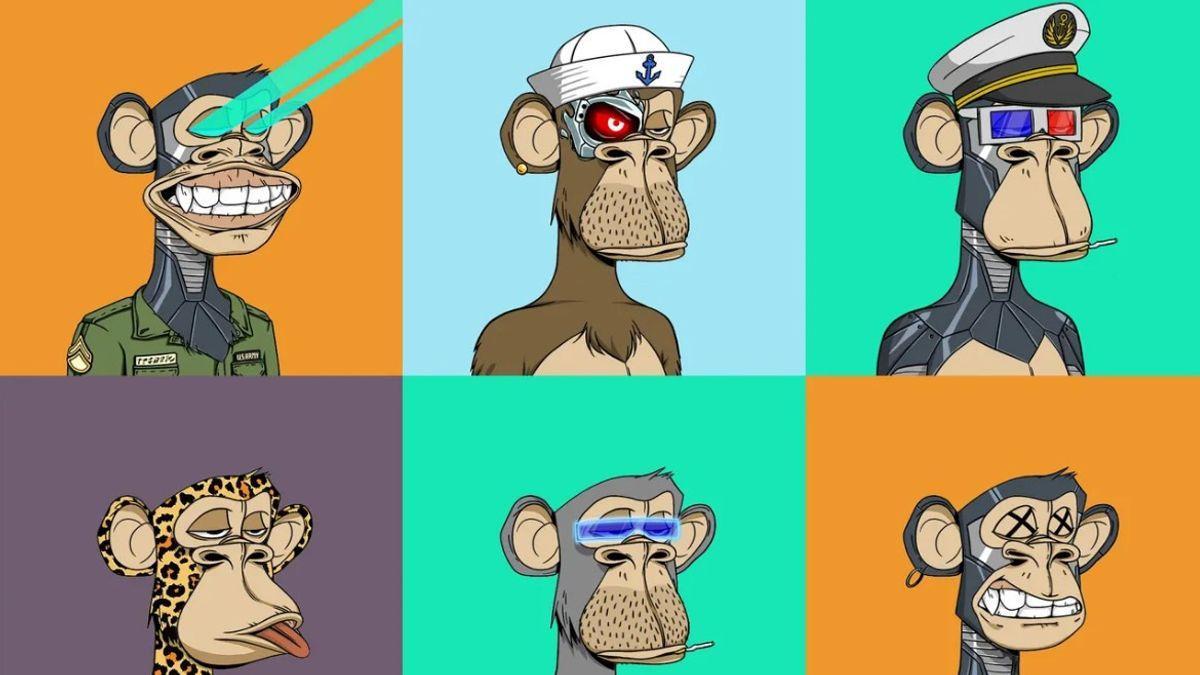 In order to create all these images for the 9999 queue positions, it is necessary to streamline the process. The seller could sit down and draw 9999 individual pictures but this would take them far too long so instead they make a machine which can generate them automatically having, for example, 10 different background colours, 10 possible face shapes, 10 different hairstyles, and then 10 different accessories, and your queue position.

Now 9999 different unique bits of artwork have been created allowing each position on the queue to have a different image associated with it.

In case you ever wondered why so much NFT art looks like it’s just been generated by a machine using the variables of the NFT data to randomly composite a picture it’s because that’s exactly what they’re doing. The majority of NFT pictures aren’t artistic expressions, they’re corporate visual representations of an algorithmic position.

Why are NFTs valuable?

There are four main reasons people would purchase an NFT:

People don’t understand what they’re buying. A lot of people think purchasing the NFT represented by an image means you own the image or buying the NFT represented by a song means you own the song and as we’ve seen, most of the time, you don’t. The majority of younger purchasers fall into this category. They’re buying without fully understanding what they actually now own.

To sell onwards. And this is the main angle on why NFTs have become increasingly more valuable. It is because the whole appeal of an NFT is its own digital scarcity. Remember that’s the scarcity of the position in the queue the database variable, not the artwork people will assume that they will appreciate in value because they cannot be copied they are non-fungible.

If you buy the NFT, represented by an image, and then convince someone else this image is desirable and therefore the NFT linked to it is also desirable, they’ll want to buy it from you for more than you paid for it and you’ll make a profit.

To be a part of the community. The whole NFT craze is a giant community. People want to feel involved and accepted, people like to feel they belong to a group of people who all bought a luxury digital asset. This can be considered an added social status component.

To sum up, NFTs are valuable because they verify the authenticity of a non-fungible asset. This makes these assets unique and one of a kind. Rothko’s paintings are non-fungible. While anyone can make copies of his paintings, the original painting remains irreplaceable and unique. NFTs make digital content irreplaceable, hence valuable.

But it is important to keep in mind that in most cases what you’re acquiring is simply a position in a digital queue, a number of a database, and not the piece of art or the music piece itself. That is why it is important to understand how NFTs work in order to make satisfactory investments.

Read more about Cryptocurrency, Blockchain and other Fintech news in the Digital Partner’s News blog.